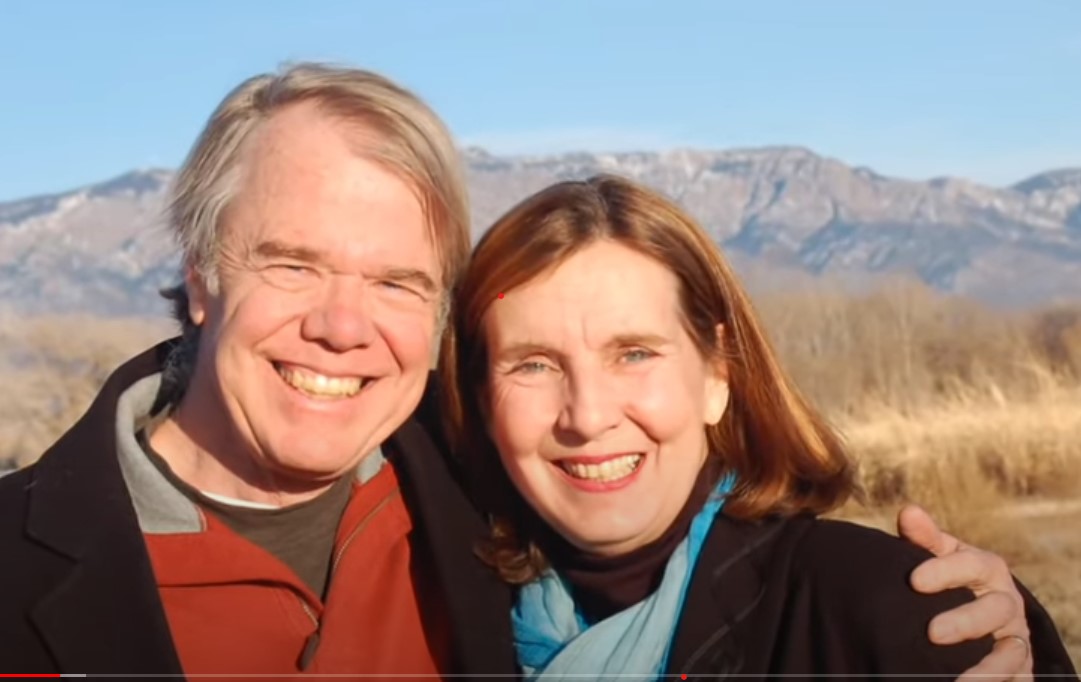 I was heartbroken to read that Robert Fleming, “mandolin-playing physicist,” had died recently at home in Los Ranchos, NM. His was the best obituary I’ve ever read:

“Mandolin-playing physicist, Robert McLemore Fleming, 74, died October 31, 2020, at his home in Albuquerque, New Mexico after a brief, but courageous battle with cancer. Surrounded by his beloved wife of 52 years, Diane Fleming, his daughter, Dr. Chandler Todd (of Albuquerque), his son, Swope Fleming (of Boston) and son-in-law, Dr. Richard Todd.

Born June 1, 1946, in Nashville, Tennessee, to Swope and Margaret (“Peggy”) Fleming, Robert spent his formative years on a 300-acre horse farm, Antrim, in Columbia, Tennessee. Everyone who knew Robert, knew about that time he rode a pig, taught his mother’s favorite horse to swim, and landed a plane in a field of cow patties. Everyone who loved him, knew that his antics belied his brilliant mind. While his education began on the farm, he discovered his love of physics at Battle Ground Academy (BGA) as a high school student. He earned his undergraduate degree from Vanderbilt University, and a PhD in physics from the University of Virginia. Robert remained a student of physics his entire life and was a prolific and accomplished researcher. At the time of this writing, he is credited with 262 publications and over 17,000 citations.

In college, he met and fell in love with Diane Davis, of Memphis, Tennessee. His time was divided between parties at the Pike House, classes, and testing limits. Robert attended the Naval Officer Candidate School, graduating in June 1969 and was assigned to Naval Facilities on Grand Turk and Bermuda. His tours of duty included oceanographic research and participation in SOSUS, a passive sonar system to track the movement of Soviet submarines in the Atlantic Ocean.

After graduate school, in 1977, Robert and Diane relocated their growing family to Chatham, New Jersey. He devoted the next 24 years of his life to basic science research at Bell Laboratories as a Distinguished Member of the Technical Staff. His contributions there were wide ranging, from sliding-charged density waves to superconductors. Pivoting to a teaching position in the turbulence following the dot-com bust, Robert took on the greatest challenge of his life, teaching high school physics. The kids loved his creative approach. His problem sets asked them to calculate the electrostatic force needed to attach his first grandbaby to the ceiling, and he took them outside for labs, one time pushing his BMW convertible around the parking lot to measure forces.

In 2003, Robert became a Principal Member of the Technical Staff at Sandia National Laboratories in Albuquerque, New Mexico. Here he made important advances in the understanding of the nature of defects in semiconductors. He thrived working with his talented Sandia colleagues and friends until his retirement in 2016.

Robert was a man of many interests and talents. He was an amateur jockey, self-taught musician, and teller of tall tales. He loved Old Time string music, and played in many bands and pick up groups. One of his favorites was “The Over Educated String Band” which made annual pilgrimages to the Motleigh Musicalia. His best band was his family band “The Second String Band” with Chandler, Richard, Geneva and Caleb Todd. Named for their many second place ribbons, one year they actually won the belt buckle at the Santa Fe Old Time and Bluegrass Festival. Robert’s signature farewell at any jam session was, “one more last tune!”

Robert was known for his community service. He served in leadership roles in his congregations at Christ Church in Summit, New Jersey; Church of the Good Shepherd in Albuquerque, New Mexico; and First Presbyterian Church in Albuquerque, New Mexico. He welcomed refugees, volunteered at Family Promise, counted collection money, taught Sunday School (usually with his guitar “Big Red” and songs such as “Magic Penny”) and served as congregation moderator.

Upon a celebration of their 70th birthday, with friends and family gathered around the pool, grandchildren dancing with sparklers, and green chile on his plate, Robert reflected that sometimes the worst things that happen in life, turn out to be the greatest blessings. His smile, infectious and warm, would light up the room, and you couldn’t help but feel better for the hours spent with him. He never worried and he wouldn’t let you worry either.

Robert loved richly, played music beautifully, and made every room he was in a brighter, better place. He was pre-deceased by his brother Dr. Stuart Fleming, and his parents. He is survived and missed by his entire family, including his wife Diane, his siblings (James Fleming, Margaret Hewgley, and Tami Crawford), his children (Chandler and Swope), his children-in-law (Richard and Dana), and his four grandchildren (Geneva, Caleb, Benjamin and Ashley), and wonderful and beloved in-laws, nieces, nephews, aunts, uncles, and cousins across the country.

Despite careful research, the authors of this piece could find no evidence to suggest that Robert ever left a party early; if he ever left at all. Which is why his family will honor him in person, back home on the farm at Antrim, when the time is right. Robert had many different phases in his life from childhood country boy to international scientist. In all areas of his life, curiosity and optimism were his calling cards. He always had a smile on his face and a song in his heart. He loved life, and especially his family. He is dearly missed and left a legacy of love and joy in his wake.

There will be a virtual service live streamed on Saturday December 12th, 2020 at 2pm mountain time, by Christ Church, Summit NJ on youtube.ccsnj.org

In lieu of flowers, the family asks that donations be made to the Albuquerque Public Library Foundation in support of the Children’s Room in the new International District library.

The memorial is also spectacular and makes me happy to have known both Robert and Diane, however briefly. It appears that Robert and Diane have done a terrific job of launching children who exhibit thoughtfulness, kindness, intelligence, love and joy.

Safe travels, Robert, may the music be loud and plentiful, the laughs uproarious, and the views spectacular.